Coming from unique and various backgrounds, the board members strive for advancing the core mission of the foundation. 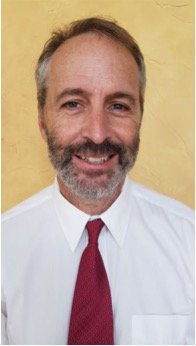 Jon is a recently retired radiologist with Radiological Physician Associates (RPA). He joined the group in 1994. Jon was born and raised in Morgantown, WV, attending high school at Saint Francis. He attended West Virginia University from 1981-1985, enrolling and graduating in Mechanical Engineering. Jon worked briefly at Exxon USA as a Project Engineer in the Texas refinery before entering medical school. Upon completion, he trained at Allegheny General Hospital in Diagnostic Radiology before joining RPA, at which he served on the Executive Board from 2001-2018. 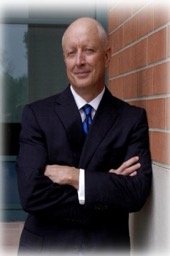 After graduating from West Liberty University, Garrett Hoge entered the financial services industry with high expectations and a sense of calling to a profession devoted to helping people succeed financially. For Garrett, building relationships based on trust and leading H Financial Management for over 30 years was only natural since his family’s values in Southwestern Pennsylvania run deep. John and William Hoge founded and laid out the plans for Washington, PA in 1781 and later generously donated the property where the Washington County Courthouse now stands, and the Immaculate Conception Church and John F. Kennedy Catholic School building is located (the Hoge Memorial is located on Walnut Street in Washington, PA just behind the John F. Kennedy School building). Continuing the family tradition, Garrett Hoge emphasizes traditional values in his business, and in his everyday life, through diligent work ethics and maintaining a fiduciary standard.
Garrett is a Certified Financial Planner (CFP®) and a Chartered Financial Consultant (ChFC®). In addition, he has a Masters Degree in Financial Services (MS) focused on Estate Tax Planning. He is a Life and Qualifying Member of the Million Dollar Round Table (MDRT*) the Premier Association of Financial Professionals® and the prestigious Top of the Table (TOT). These qualifications rank him among the top financial services professionals in the country.

Garrett and his wife Anita have been married for over 40 years and have 3 children (Garrett II, Jessica, and Allison) and 4 grandchildren (Westin, Cora, Mae, and Sasha). In his spare time, Garrett enjoys playing with the grandkids, skiing, golfing, cycling, weightlifting, and swimming. He is a PSIA-certified ski instructor, a member of Southpointe Golf Club, and a Member/Elder at the Westminster Presbyterian Church. 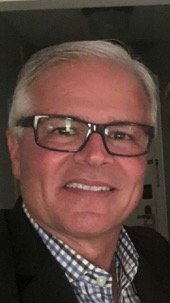 Sam was born and raised in Clarksburg, West Virginia. He graduated from West Virginia University, College of Business and Economics, with a degree in Accounting. Following graduation, he worked in pub-lic accounting with Toothman, Rice & Company. He then began his migration toward healthcare and was employed as the Chief Financial Officer and MIS Director of Summit Center, a regional community mental health center for nine years. He then spent five years, employed by University Health Associates, as the Department Administrator for West Virginia University, School of Medicine, Departments of Neuro-surgery and Department of Behavioral Medicine and Psychiatry. Sam joined Radiological Physician Associates in November 1994 and continues to serve as Administrative Vice President where Sam and Jon LaPlante have worked together and have formed a friendship based on trust and caring. 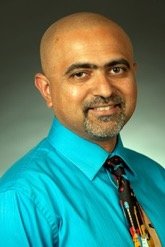 Ashish has  always been fascinated by nature and science. Diseases of the blood and immune system have been called “experiments of nature,” which have led to a better understanding of natural biology itself. As a pediatric hematologist/oncologist, I specialize in histiocyte disorders, primary immune deficiency diseases and bone marrow transplantation. Working with children who have these disorders has provided me val-uable lessons about life and medicine. In my practice, I try to individualize my delivery of information and care to each patient and their family, while maintaining a high quality of care and treatment.

Based on research and experience, we have completely changed our approach to treatment for diseases like Langerhans cell histiocytosis (LCH), where we don’t use chemotherapy at all. Instead, novel oral in-hibitors have revolutionized the outcomes for patients with this condition. We also have a different way of diagnosing patients with hemophagocytic lymphohistiocytosis (HLH), which has resulted in improved outcomes. In my research, my colleagues and I are looking at two childhood diseases: LCH and infant leukemia. With newer therapies, we have improved outcomes of patients with LCH. However, we still don’t have a cure, which would relieve patients of the need to take medications. Infant leukemia remains a largely incurable disease. We are studying the biology of LCH and infant leukemia in the laboratory to develop novel therapies.

One of my most significant honors was participating in the 700 Miles to Hope bike ride, where I rode my bicycle 700 miles over seven days with families of patients affected by HLH. The goal was to raise awareness and funds for HLH research and care, but it ended up doing much more. I learned and discov-ered so much about people and myself and made many long-lasting friendships. 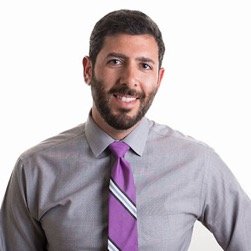 Ryan  is the Co-Founder and Chief Medical Officer of Comprehensive Care Advisors, LLC, branded as Transformations; a national management service organization that specializes in the implementation and operations of a life-changing behavioral healthcare across the country. He is the Founder, President, and CEO of GR&W Inc, overseeing psychiatric private practices across Pennsylvania and West Virginia. Not only does he actively educate and treat within his offices, he is also the Chief Medical Officer of Telepsychiatry for iSelectMD and the Co-Founder and a managing partner and medical advisor for OneSleepAnswer (OSA) a dental-medical billing company that specializes in OSA medical billings and collections for dentists. He is passionate about helping others reach their ideal potential through ethical and innovative approaches to the business of medicine. He has a focus on state-of-the-art, restorative care and actively works to bridge the gaps in healthcare needed to achieve the desired outcomes. He has presented these economically viable and pioneering methods of care to medical providers, government officials, criminal justice programs, health insurance companies, and community members locally and nationally. Dr. Wakim is an advisor to the West Virginia Medical Board, health insurance companies, local hospitals, colleges, and many other treatment centers.

As a native West Virginian, Dr. Wakim is a lifelong Mountaineer, having completed medical school and residency at West Virginia University serving as the Chief Resident of Behavioral Medicine and Psychiatry. In addition to his medical work, he advises healthcare practices as a managing partner of Fortune Management West Virginia and Columbus. He is grateful every day for his family, friends, health, and when he finds the time, a peaceful round of golf. 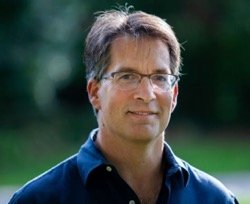 Frederick  is a long time resident of Morgantown, West Virginia. He graduated Morgantown High School 1981, ac-quired a BA in Chemistry at WVU and continued in the WVU School of Medicine. Four years of diag-nostic radiology residency at WVU was completed in 1993 followed by a Neuroradiology fellowship at Allegheny General Hospital in Pittsburgh, Pennsylvania.

Fred has been active in the community serving on the Mon Health Foundation Board since 2011, previ-ous Board of Directors member of the Audia Caring Heritage Association and past presidents for both the West Virginia State Radiological Society and WVU School of Medicine Alumni Association. Fred resides in Morgantown with his wife Mary and three children. 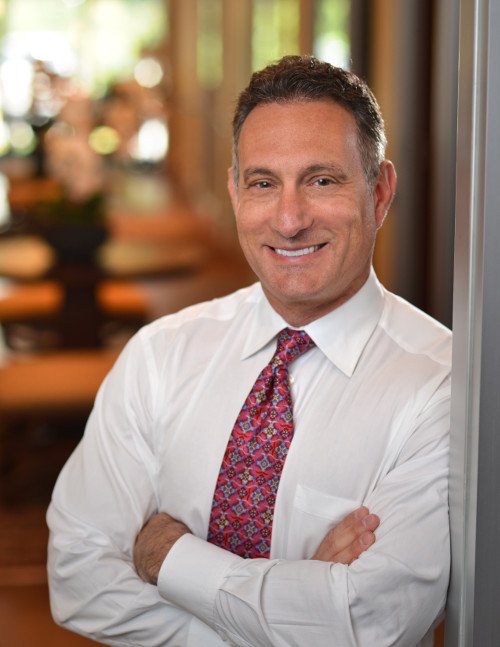 Since 2005, he has led MVB’s growth from a community bank with 35 employees to a NASDAQ listed and Russell 2000 company with employees and clients from coast to coast, as well as in Israel and Europe. Through forward-thinking partnerships with companies like Credit Karma, MVB Bank has become one of the top 30 banks in the nation by account volume.
MVB’s model now goes beyond traditional banking and leverages the disruption occurring in the financial services industry to the benefit of shareholders and clients. Mazza’s expertise and enthusiasm in finance, startups, the growing payments industry, fast-changing technology and highly regulated industries, such as gaming, BaaS and cryptocurrency, have made him a trusted partner and thought leader across the globe.

Evidence of the value he places on entrepreneurship, Mazza is co-owner and business partner of the global internet business venture Football Talk, LLC, a well-known and highly successful website ProFootballTalk.com, which is a key content provider for NBC Sports.

A civic-minded volunteer and business leader, Mazza serves as a Board member of public companies and non-profit organizations. He is a member of the Boards of Directors for MVB Financial, Chartwell Compliance and Paladin Fraud. Mazza is a member of the Board of Directors for BillGO, a startup Fintech company based in Colorado. He is also a founding Board Member of several companies, including Intercoastal Mortgage, LLC, one of the largest independent mortgage banks operating in the Mid-Atlantic Region. In 2020, he joined the Board of Kraken Financial, a special purpose depository institution based in Wyoming, which is the first bank chartered specifically for cryptocurrency. He is Board member for Gen-Opp Fund, a hedge fund focused on finding generational opportunities in banking and Fintech for its investors.

From 2007 to 2019, Mazza served as a Board member for Denver, Colo., based PDC Energy, a NASDAQ-listed one time mid-cap company. He served on the Compensation Committee, was Chair of the Nomination & Governance Committee and was a member of the Audit Committee. In 2017, he became a National Association of Corporate Directors (NACD) Board Leadership Fellow.
An established name in banking with more than 30 years of experience in both large banks and small community banks, Mazza has served as a member of the West Virginia Board of Banking and Financial Institutions since 2010 being appointed by three different governors. Throughout his career, he has been credited with significantly growing assets, profits and return on assets in each banking position he has held.

Prior to joining MVB in 2005 to lead its geographical expansion and strong growth, Mazza served as Senior Vice President & Retail Banking Manager for BB&T Bank’s #1 ranked retail region West Virginia North, consisting of 33 financial centers with $2 billion in assets and 300 employees. Mazza was employed by BB&T and its predecessors from 1986 to 2005.

At the age of 29, Mazza was President of Empire National Bank. He later served as Regional President of One Valley Bank, a state-wide financial institution. Upon graduating from West Virginia University in 1983, Mazza joined KPMG, a Big Four accounting firm. He earned a Bachelor of Science degree in Business Administration with an emphasis in accounting from WVU and is a Certified Public Accountant.

Mazza resides in Bridgeport, West Virginia, with his wife Ann and family. He is an active member of the community and charitable organizations, including serving as a Board Member of the Elizabeth and Claire LaPlante Foundation and co-founder and co-chair of the Greater Clarksburg 10K. 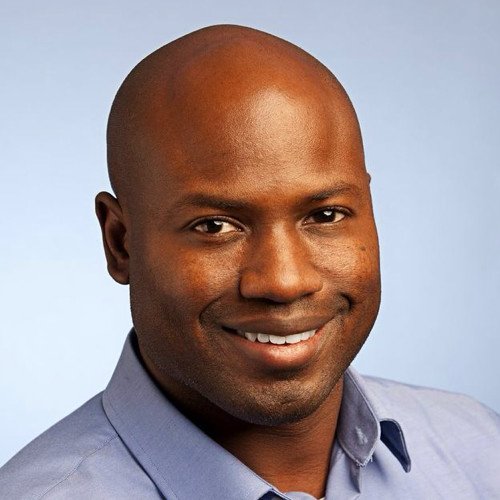 Willie Tillery co-founded Accelarad in 1999 while earning his Masters of Science in electrical engineering at the Georgia Institute of Technology. At the time, he recognized an opportunity for cloud technology in radiology. Due to his vision and leadership, today Accelarad is the nation’s largest medical image sharing solution covering more than 1,700 facilities and hosting the exchange of over 400 million medical images annually.